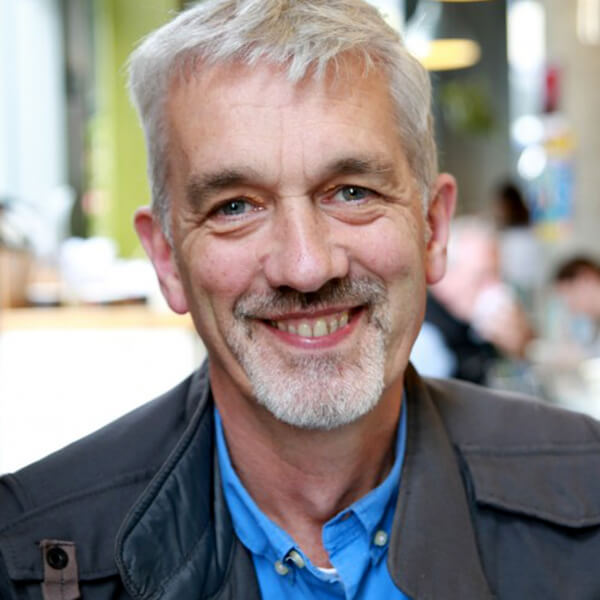 He looks worried. Maybe he should be; his complexion is grey. I am pondering him as he stands near the entrance to Dublin’s Arbour Hill cemetery, final burial place of the 1916 leaders. His arms are stretched out as if in welcome to visitors, tourists, dog walkers, little ones coming to develop their bike riding skills. His face is handsome, his expression serious. But that complexion! If he was real you’d have serious concerns for his health. But this is a statue, stuck to the same spot since 1988, the year Dublin celebrated its millennium. 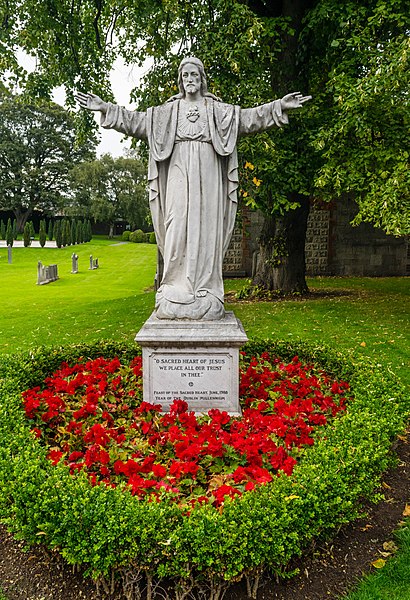 Why does he look handsome to me? He has good cheek bones, strong features, wavy shoulder-length locks, and a lean build. He’s a little on the short side but dress him in t-shirt and jeans and he would pass as a local in many settings, a surf dude in Sydney, a trucker in Toulouse or an organic farmer in Offaly. But I can’t imagine those features on a local in a central African town, a Chinese metropolis or in a middle-eastern village.

But a middle-Eastern village is where this man is supposed to hail from, Nazareth in Galilee to be precise. And it’s not just the features that are incongruous; the clothes are strange. I’ve pondered this but have failed to work out what man in what situation would wear clothes like that. The one piece tunic is a ridiculously long affair covering one foot completely. It’s more like a film star’s Oscar night dress than a working man’s outfit. And is that a cowboy’s blanket or a batman cloak he’s got on over both shoulders? And what’s the 3D logo he has on his chest, a heart crowned with a flame?

Then there’s the hands. Those fine delicate unmarked hands belong to a concert pianist or a surgeon or a beauty therapist. They are not the hands of a man who earned a living working wood in the days before power tools or rubber-gripped hammers and chisels. Those hands never wielded axe or saw. Whoever broke the tips off two of the fingers on the left hand, the only blemish, has rendered the statue a little more realistic. A slip of knife, saw or chisel could have done the same thing to this tradesman in real life.

If the statue does not represent a first century middle-eastern man who worked with his hands until he eventually became a travelling teacher then what does it represent? It must represent how some in 1980s Ireland perceived the person of Jesus of Nazareth. Which leads me to wonder what we might get if a new statue were commissioned today. How would he be pictured now? An early version of David Attenborough advocating for kindness to the planet? A housing activist à-la Peter McVerry? An LGBT rights campaigner like David Norris? Options for imaginative recreations are limitless; we could each create the Jesus we would like him to have been.

What if there were a serious attempt to represent him as the first century Galilean peasant he was? A manual tradesman. A wandering teacher. A Jew. Would that affect how we might respond? These days most people in Ireland wouldn’t treat a Jesus like that with any seriousness. “Handyman” is not much of a cv. A teacher with no qualifications and no previous experience? Ted-Talk programmers would not be queuing up. Global warming, political corruption, corporate greed; these are some of our world’s big challenges. When they are discussed the thinking of Jesus of Nazareth is not part of the conversation. Deciding on a life partner, choosing a career, rent or buy, how many children; these are the big personal challenges. Again Jesus and his teaching are not part of the deciding process.

It’s not that Irish people consider the option of paying attention to Jesus and reject it. It does not even surface as a possibility. It doesn’t enter the thinking of most people that this historical figure has any current relevance for the business of living.

Would a more realistic statue change that? If people saw a true image of a first century peasant with weathered complexion, battered hands and Jewish features would they suddenly decide to study his teaching? Probably not. But at least the image might shift thinking from the usual associations that Jesus produces in people’s heads, robed ancients in solemn procession in Rome, mega-church pastors in Texas in full oratorical flight, megaphoned street preachers shouting endless rebukes to disinterested passers-by.

Depeche Mode used to sing about:

“Your own personal Jesus, someone to hear your prayers, someone who cares.”

Have whatever Jesus you want, the song seems to say. Use your imagination – produce your own personal version. Follow your heart. Wish upon a star.

But this isn’t Disney. This is real life. And real life offers a Jesus who was a first century handyman from Nazareth, who wandered the Galilean hills telling stories to largely illiterate country people and who claimed that the future of the whole planet lay in those work- battered hands. If people saw that they would at least have the chance to reject the real Jesus.

The thoughts and views expressed in this are the author’s own.

Seán Mullan had careers as a Marine Navigation Officer and a Church Minister before setting up and running a social enterprise called Third Space in Dublin City Centre.